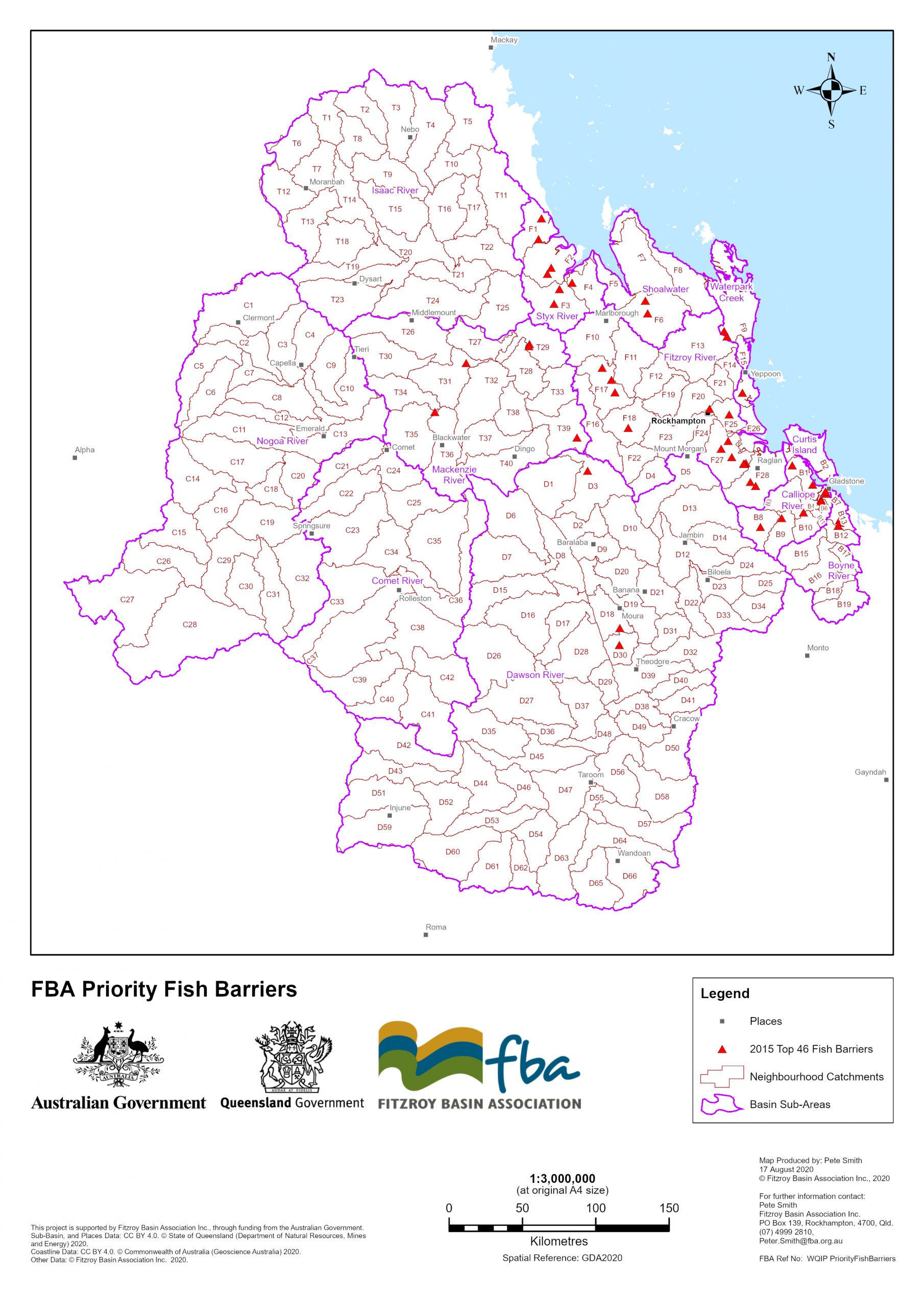 The free movement of fish through river systems is of great importance in the Fitzroy catchment.  There are 49 fish species that are found in freshwater streams of the Fitzroy River.  Almost half (23) of the species found in the Basin’s streams are diadromous (such as the iconic barramundi), requiring free access to estuarine or marine waters to successfully complete their life cycles. The remaining species complete their entire life cycle in freshwater, with a large proportion of these (23 species) undertaking significant migrations (such as the Fitzroy golden perch).  Fish migration between marine and freshwater habitats, and within freshwater habitats, is therefore a vital aspect of the life cycle of freshwater fishes of the Fitzroy Basin.

Barriers affect fish community condition by preventing movement of fish species that require free passage along river systems to fulfill a number of key life stage requirements. This movement is essential for:

Barriers preventing fish passage contribute to the loss of species diversity within fish communities, severely impacting the health of the Regions aquatic ecosystems and is one of the main impacts that humans have had on the Fitzroy Basin’s fish communities.

Data from the 2008 and 2015 assessments were re-analysed to incorporate changes that have occurred since 2015. This data includes new information for each barrier on the current fish passage transparency of the barrier, especially if the barrier has been removed or has had a fishway installed on the barrier since 2015. The 2019 re-assessment continues to use the top 46 barriers at the completion of the 2008 biological assessment as was used in the 2015 update.

Four structures have changed their classification since the 2015 update, resulting in their relegation from the 2019 prioritisation. This includes the highest priority barrier, Redbank Crossing, which has fallen into disrepair and has been destroyed by repeated floods that have removed all traces of the structure. The others that have been removed from the list because they have had fish passage provided are at Lake Callemondah (ranked 18),
Thompson Rd Culverts (ranked 42) and Old Bruce Hwy Culverts (ranked >46).