Water quality, biological and ecological health of the replica watches Fitzroy Basin’s waterways has again been assessed and awarded a C grade in the 2011-12 Report Card.

The Report Card presents summary grades for 11 freshwater catchments across the Fitzroy Basin as well as the Fitzroy River estuary and marine environment.

“Generally there was an improvement in turbidity, metal and nutrient results and a decline in salt and sulfate scores,” Mr Johnston said.

“Factors that influenced the scores in this report card included less intense rainfall and flow than the previous year resulting in less catchment runoff as well as higher groundwater levels which led to prolonged river flow in the second half of 2011.

“In 2011-12 the Marine zone was again found to be in poor condition. This is likely attributed to continuing impacts from the 2011 floods resulting in larger sediment and nutrient loads reaching the marine area, as well as physical disturbance from storms.

“The marine environment was assessed against a different set of indicators to the freshwater catchments and estuary with data drawn from the Great Barrier Marine Park Authority’s Marine Monitoring Program.

“This report card moves us one step closer to reporting on long term river health trends.

“Typically 5-10 years of data analysis is needed to be able to determine the difference between natural climatic variability and human influences – the good news is that with the release of each report card defining these trends becomes more possible,” he said.

Mr Johnston said Report Card grades were determined by assessing more than 945,000 samples at 230 sites against a comprehensive set of indicators under four categories – physical and chemical, nutrients, toxicants and ecology, developed by the independent Science Panel.

“Chaired by Professor Barry Hart, the independent science panel again guided the report card’s development and scrutinised results to ensure they were based on the best available science”.

“This will be a significant milestone for the Partnership and a major win for the community providing more current information on both aquatic ecosystem health and treated drinking water for public consumption.

“The initiative currently draws entirely upon third party data. While adequate data exists for most water quality indicators in some reporting areas, major data gaps remain for some indicators, particularly indicators in the ecology category.

“Preliminary work is currently underway to help address the issue of monitoring gaps and associated data deficiency in the longer term.

“The report card offers a comprehensive snapshot of aquatic ecosystem health of the Fitzroy Basin to help the community and river managers make more informed decisions,” he said.

Central Queenslanders can access the latest information on the health of local rivers, the estuary and near-shore coastal and marine waters, thanks to the new report from the Fitzroy Partnership for River Health, available online at www.riverhealth.org.au or from FLOW Visitor Centre, corner East and Denham Streets, Rockhampton.

The Fitzroy Partnership for River Health, formed in 2012, includes organisations from government, agriculture, resources, industry, research and community and continues its aim of providing the most complete picture of river health in the Fitzroy Basin. 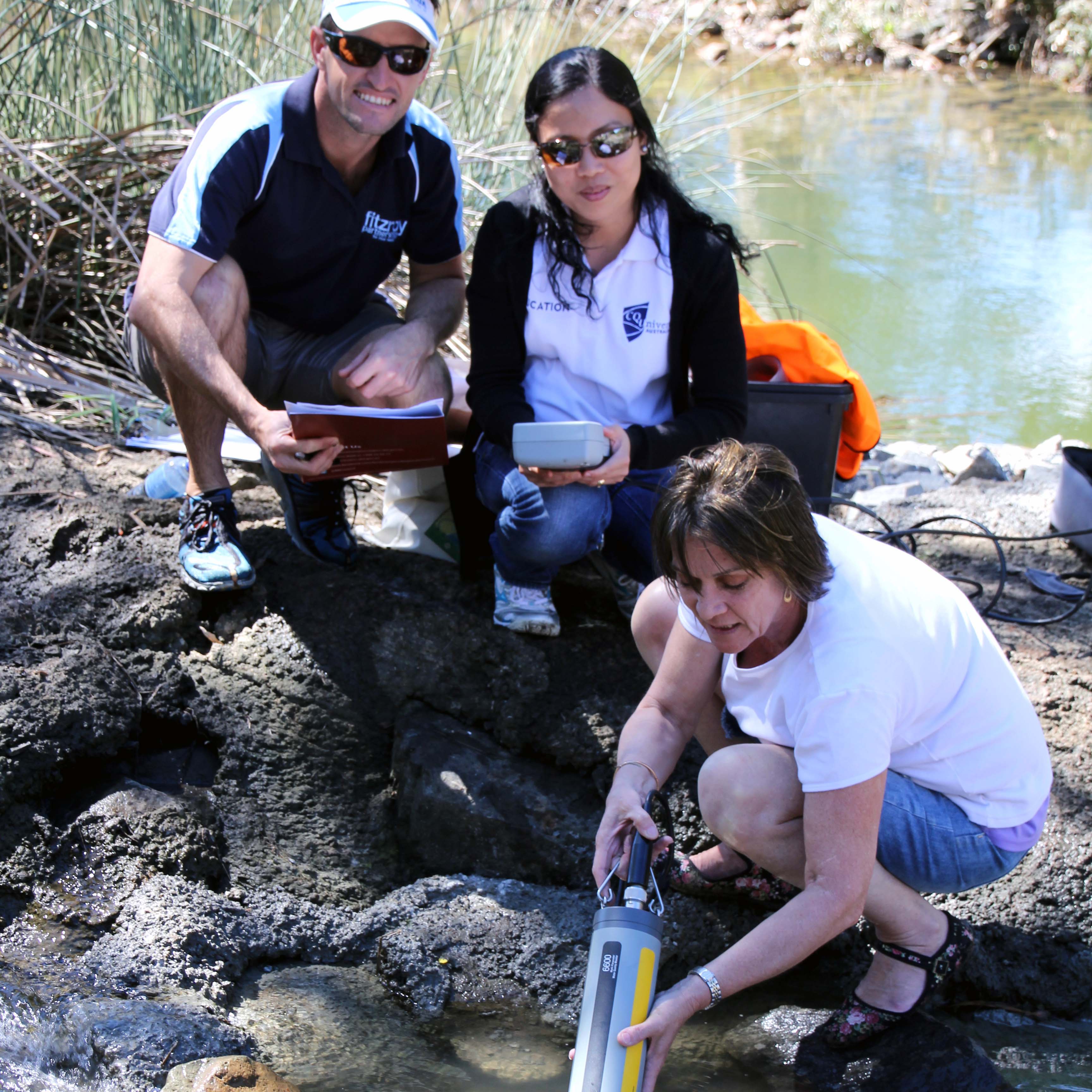 In the tradition of the cartier replica great Aussie pub crawl, Fitzroy Partnership for River Health are calling on people […]

Unique partnership to monitor health of Moores Creek - Next Story »

A flurry of applications has resulted in a firm focus on Moore’s Creek, Rockhampton for this year’s Fitzroy Partnership for […]